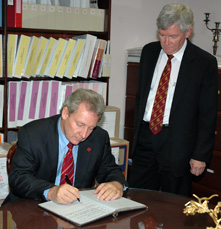 Peter Breen served as a member of the Legislative Council of the New South Wales Parliament from 1999 to 2007. Peter’s speeches are available on the Parliament’s website.

During this period, Peter was responsible for a number of legislative initiatives including:

Application to NSW Governor to Exercise the Royal Prerogative of Mercy 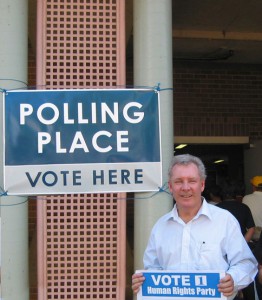 Peter has lodged an application for mercy on behalf of a prisoner Bronson Blessington  who was jailed in 1988 as a 14 year old at a time when prisoners sentenced to ‘life’ could apply for parole after eight years. The Carr Labor Government retrospectively changed the prisoner’s sentence to life without parole using the so-called ‘cement law’. Peter argued against this law when he was in Parliament saying a life without parole sentence for a juvenile is in many ways worse than the death penalty. See application for mercy.

With over 20 years delivering quality legal services to the north coast community, and as a parliamentary representative in Sydney for eight years, Peter Breen has a wealth of knowledge and professional experience to help you protect your interests in all areas of law.